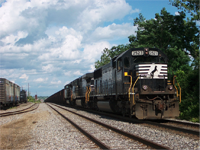 We offer the following in Bridgeton, MO

About Bridgeton, MO - Happy to be your hometown Heating & Air Conditioning Contractor!

Situated in northwestern St. Louis County in Missouri, Bridgeton is a second-ring suburb of the Greater St. Louis County that has a population of 11,550 (according to the 2010 census). The city is famed for its extravagant nightlife, beautiful infrastructure, plentiful of shopping malls, and windy weather. It is a great city to enjoy a vacation and has gorgeous sightseeing locations and wide array of events and occasions that will keep you entertained throughout.

The history of the city dates back to the 1700s. It was a native place for the Americans but was also a part of the French Illinois Territory. In the 1760s, Spanish gained colonial control over the area and remained in power until 1804. It was during this time the area was transferred to the Americans via the Louisiana Purchase. The name Bridgeton, however, was plated in 1794. It is also known as “Village à Robert” named after Robert Owen (its founder).

Because of its ideal location and close proximity to a ferry across the Missouri River, the city became a stop along the way from St. Charles to St. Louis (and vice versa). By 1950s, Bridgeton lost its popularity and the population reduced to 276. It was during this time the Northwest Chamber of Commerce was established and the city experienced its greatest residential growth. Almost 8,000 homes were built and development of multi-family homes continued.

Now, the city has come a long way from what it was. With a population of 11,550, you can find all the latest amenities, infrastructure, and growth opportunities in the city for living a good life. According to the census, the racial makeup of the city was 2.5% Asian, 0.2% Native American, 18.7% African American, 72.4% White, and 6.4% Hispanic/Latino. Education is also given a top priority in the city and there are several schools, colleges, and universities operated by the Pattonville School District.

There are also many parks and sightseeing locations spread across the city, which gives residents and tourists alike, the opportunity to enjoy recreational activities with their family and friends. In terms of climate and weather, installing an air conditioning system is critical to your home’s air quality and overall comfort, as temperatures peak at 89 degrees in the summer months. It is also advised that you get a heat pump for the winters, as the temperature peaks at 24 degrees.