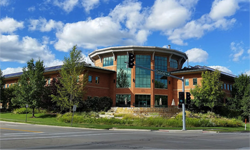 Our Work in Chesterfield - 2 Reviews

Amy Boarman -
Chesterfield
You want things done right for a fair price and fast..Cisco is the best!!!

We offer the following in Chesterfield, MO

About Chesterfield, MO - Happy to be your hometown Heating & Air Conditioning Contractor!

Situated in St. Louis County, Chesterfield is a growing city, half the size of St. Louis and has an estimated population of more than 47,500 residents. The 14th largest city of the state, it’s a western suburb of the city of St. Louis and houses several mid to high-rise buildings with the Drury Plaza Hotel being the tallest, which is 125 feet and 12 stories tall.

For several years, Chesterfield was recognized as a vast, unincorporated region - situated in the western part of St. Louis County - that contained the unincorporated historic communities of Bonhomme, Bellefontaine, Monarch and Gumbo. Fire and police protection were sporadic and fragmented, the latter provided by the county itself.

As the population grew over the years, commercial real estate and retail developments began to sprang up. Many residents, however, raised concerns about the lack of quality public services and that the county benefitted from the municipal sales tax instead of the community.  As a result, an organization called the Chesterfield Incorporation Study Committee was formed and this led to the establishment of the city of Chesterfield after some years, in 1988.

As of today, Chesterfield - also referred to as the City of Volunteers - boasts many businesses, shopping areas, arts and culture outlets as well as a variety of public pathways and parks. Renowned companies such as Broadstripe, Reinsurance Group of America, Kellwood and Dierbergs are headquartered in the city and three malls serve the residents of the city, one of which is a strip mall known as the Chesterfield Commons.

One of the city’s main attractions is Faust Park that contains “The Butterfly House”, an updated playground, carousel, historical village and walking trail. There are also several recreational facilities available in the city with the Chesterfield Family Aquatic Center, Chesterfield Amphitheater and Chesterfield Valley Athletic Complex being some of the most prominent. A number of elementary, middle, and high schools serve the city. The Parkway School District serves students in the eastern portions of Chesterfield while the Rockwood School District serves students in the west.

The city gets 43 inches of rainfall and 11 inches of snowfall per year. Since the average high in the summer is around 89 degrees, having a reliable air conditioning system is crucial to beat the heat and lower the temperature in your home. Furthermore, with the mercury dropping as low as 22 in the winter, it’s highly recommended that you install a heat pump to maintain comfort in your home.