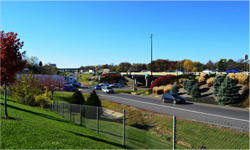 Jody L Vandersaul -
O'Fallon
Mike was very friendly and professional. He confirmed the malfunction errors the system was giving and quickly diagnosed the problem. Before ordering ...

Theresa OBrien -
Dardenne Prairie
Mike is always professional, explains what he is doing, answers all questions

We offer the following in O'Fallon, MO

About O'Fallon, MO - Happy to be your hometown Heating & Air Conditioning Contractor!

Situated along Interstate 64 and Interstate 70 between the cities of St. Peters and Lake St. Louis, O’Fallon is a city with an estimated population of more than 79,500 residents. Part of the St. Louis Metropolitan Area, it’s the 7th largest municipality in the state of Missouri and the largest in St. Charles County.

After the War of 1812 ended, a large number of migrants came to present-day St. Charles County through the Boone’s Lick Trail to seek asylum. Many German settlers came to the area of what’s now known as O’Fallon during the 1830s. The community was first settled in 1856 by a German immigrant, Arnold Krekel, who invested in the North Missouri Railroad as well as many other activities.

The first house in O’Fallon was built during this period by Krekel’s younger brother, Nicholas - he is considered by many to be the founder of O’ Fallon as he was not only the first station agent and postmaster of the town, but also operated the first general merchandise store at his house. In 1854, the North Missouri Railroad was granted permission to construct a depot on Judge Krekel’s property.

The depot’s name was changed to O’Fallon Station in 1856 by Judge Krekel to honor his long-time friend John O’Fallon. The community was finally incorporated in 1912 as O’Fallon, but for many years, growth remained slow. In the early 1980s, however, a population boom began and suburban development accelerated.

As of today, O’Fallon is one of the best places to live and was named the 39th in Money Magazine’s “Best 100 Places to Live” list. Furthermore, the city houses MasterCard’s Global Technology and Operations center - attracting the center cost O’Fallon millions of dollars. The city also boasts a quality parks system, which consists of Westhoff Park, Civic Park, Ozzie Smith Sports Complex, Dames Park, among others.  The Wentzville R-IV School District and Fort Zumwalt School District serves the students of the city.

O’Fallon receives 42 inches of rainfall and 26 inches of snowfall per year. Since the average high in summers is around 88 degrees, it’s crucial to have a reliable air conditioning system to keep your home comfortable. Moreover, with the mercury dropping as low as 20 degrees in the winters, it’s highly recommended that you install a heat pump to boost the heating capacity of your home.