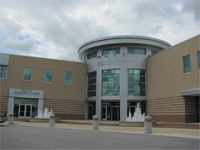 We offer the following in Maryland Heights, MO

About Maryland Heights, MO - Happy to be your hometown Heating & Air Conditioning Contractor!

Situated in St. Louis County, Missouri, US, Maryland Heights is a second-ring west-central suburb that has a total population of 27,472 (according to the 2010 census). Incorporated in 1985, the city is famed for being a top business destination. It is also popular for its extravagant infrastructure, smooth roads, and range of beautiful parks. The city is governed and controlled by Mayor Edwin L. Dirck with the help of City Administrator Mark M. Levin.

As a third-class statutory city, the council is made up of eight members, who keep a strict eye on issues in each neighborhood. This council is divided into four wards. Each ward has two council members who serve two-year terms for the development of the city. Ever since its establishment, the city has even offered internships in public administration to promote better governance and urge people into playing an important role for growth and development.

Maryland Heights also operates a multi-use recreational facility and Dogport (park for dogs). The city also has a SportPort, Waterpark, and Aquaport. Other famous parks include the Creve Coeur Lake Memorial Park, which was a summer resort in the early 1900s, but is now famed as a good place for picnics. The park features a picturesque “Dripping Springs” waterfall and even a 320-acre lake that is a home to various fishes and sea animals.

Since temperatures peak at 89 degrees in the summer months, installing an air conditioning system is critical to your home’s air quality and overall comfort. For the winters, temperatures can peak at 24 degrees. Subsequently, it is advised that you also get a heat pump for the winters to keep yourself warm and comfortable at all times.