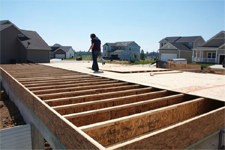 We offer the following in Cottleville, MO

About Cottleville, MO - Happy to be your hometown Heating & Air Conditioning Contractor!

Situated in St. Charles County, Missouri, Cottleville is a fourth-class city with an estimated population of more than 3,100 residents.  Laid out back in 1839, Cottleville is one of the oldest cities of its county and was named after Captain Alonzo Cottle, a veteran and early settler of the Seminole and Black Hawk wars.

Captain Alonzo Cottle - who secured a land grant for the area from the Spanish in 1798 - was the first inhabitant of Cottleville. At that time, the community farmed excessively but it wasn’t until the 1850s and 1860s that real growth was experienced. The village prospered and became a rival of St. Charles in 1846 as petitions were circulated to transfer the county seat to Cottleville.

However, when the residents of St. Charles came to know about this attempt, many counter-petitions were circulated which ended the ambitions of the citizens of Cottleville.  Since the Boone’s Lick Trail crossed Cottleville, it brought several small places of business into existence, such as hotels, country stores and repair wagon shops. The community also served to be a recruiting camp known as Camp Krekel during the American Civil War.

As of today, Cottleville is ranked as one of the best places to raise a family in St. Charles County.  In the past few years, the city is working to enhance and preserve its historic downtown district, which houses 125 acres of parks, the City Hall, a U.S Post Office, a grocery store, shops, restaurants, pubs as well as businesses. In 2011, a $1.2 million StreetScape project was launched, adding sidewalks lighting and 120 parking spaces to the historic downtown area.

Warren Elementary School, Francis Howell Central High School, St. Joseph Catholic School and Louis C. Saegar Middle School serve the students in the city. Furthermore, the city also has its own police department and houses a variety of parks that provide recreational opportunities for the families living in Cottleville.

The city receives 42 inches of rainfall and 13 inches of snowfall per year. With the average high in the summer months around 88 degrees, you should consider installing a reliable air conditioning system to comfortably make it through the season. Moreover, since the mercury drops as low as 21 degrees in the winter months, it’s highly recommended that you invest in a heat pump to keep the temperature in your home bearable.